Chris has brought his expertise in customer service and management to working in administration at Pilates Core Training. Along with working in bistros, coffee houses, and fine dining, Chris helped open a large Italian food court in Miami, FL. There he used his skills to train staff, create and implement a new menu, and as a sommelier selecting new wines. He also worked in Macedonia and learned many new concepts in creating new dishes. After returning to the states, he continued his studies in wine and became a certified sommelier with the Court of Master Sommeliers. During the pandemic he realized the shortcomings of the hospitality industry and began working as administrative support at the Pilates Core Training studio. Chris soon realized the correlation between bodywork and Pilates and the overall wellbeing of the studio’s clients. He is now a licensed massage therapist and a certified myofascial release therapist. He plans to continue his education earning his certification in Pilates. Chris is looking forward to assisting people in their journey of improving their lives. 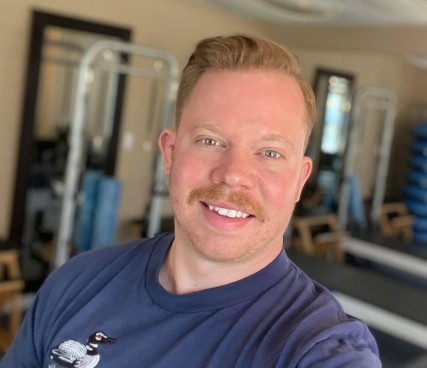