Jack has always had a passion for activity and physical exercise, which included various sports, martial arts and his main enjoyment running. He was introduced to Pilates twenty years ago when his wife, Barbara, started training in and teaching classes. Jack states, “after ignoring her for three years I decided to listen and try her Pilates classes. I quickly realized how much it helped my physical endurance and prevention of injuries. Pilates helped me find the hidden weakness and imbalances I didn’t know I had. The proof was in the pudding when after three months of adding Pilates to my training regimen, I shaved nine minutes off my half marathon PR (personal record).” Jack was hooked and has since run twenty-one marathons, including four Boston Marathons. Due to his background in engineering, he finds the similarities of the study of mechanics of movement and physical conditioning fascinating. 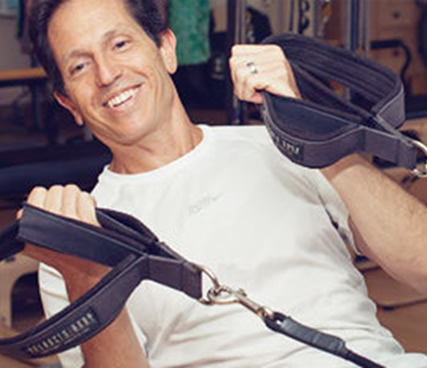