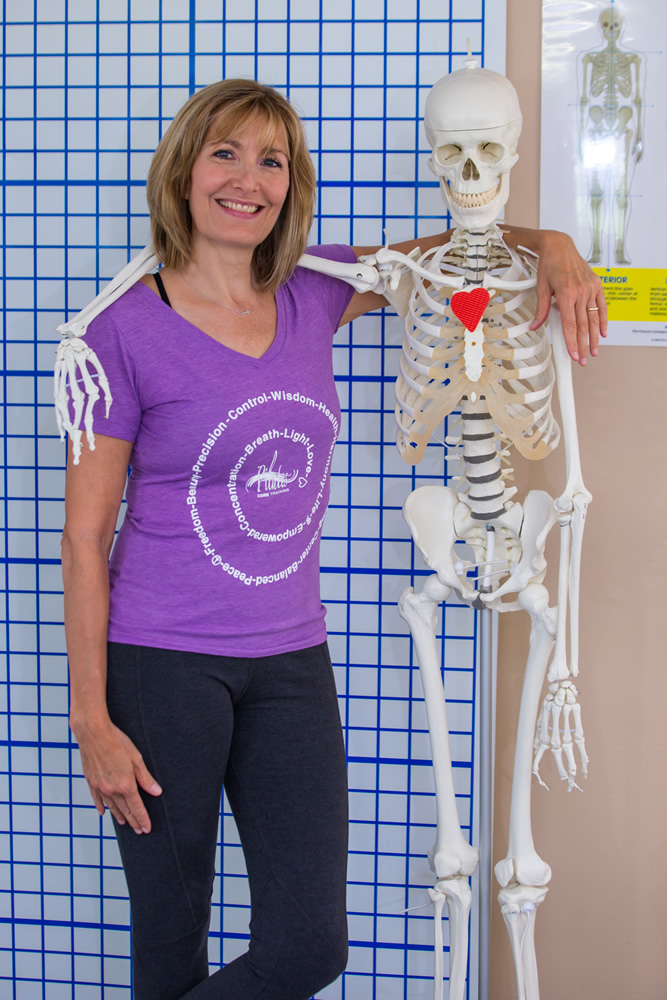 Julie was born and raised in the suburbs of New Orleans. After earning a BS degree in Marketing from the University of New Orleans, Julie and husband Steve relocated to Pensacola in 1992.  Over the past 28 years Julie has served as a sales and marketing consultant, a general real estate appraiser and a sole proprietor. She found her home here at Pilates Core Training as our office manager in 2015.

Personally experiencing the benefits of bodywork (MFR & SI), Pilates, and witnessing firsthand how they have helped so many clients, a passion was sparked in Julie to help others. She earned her massage certification at Pensacola State College in December 2017 and became a licensed massage therapist the following spring. Julie has spent her most of her life here in Pensacola volunteering with children in one capacity or another. She served A.K. Suter Elementary assisting the children in the accelerated reading program and served as chair of the children’s festival of the Great Gulf Coasts Arts Festival for 25 years. Desiring to continue working with the pediatric community led Julie to obtain her pediatric certification through the Liddle Kidz Foundation in 2019. She enjoys working with her clients ranging from newborns to 100 years young.

Julie focuses on the John Barnes myofascial release method (MFR) in her practice and continues to expand her education by attending seminars annually. Understanding how the corrective movement of Pilates and bodywork work together, Julie earned her Pilates mat certification through Barbara Bruni’s Pilates and Beyond school of Pilates in November 2020. She continues to learn alongside her mentor Barbara Bruni. Julie believes in treating the total body by releasing physical and emotional restrictions in the fascial system, then instructing her clients how to strengthen and re-educate their muscular system through Pilates movement.

Julie has always enjoyed being active, swimming, hiking, and biking. After the birth of her son Jacob in 1995, she was diagnosed, in her late thirties, with early onset osteoporosis, severe degenerative disc disease, along with bulging discs in both her cervical and lumbar spine. After steroid injections, chiropractic and physical therapy failed, she sought alternative methods to ease her chronic pain. The John Barnes website for myofascial release led her to Barbara Bruni and Pilates Core Training. After receiving MFR and going through Barbara’s Structural Integration 10-Series, along with on-going Pilates training, Julie’s quality of life was restored. She will tell you she not only found physical relief at Pilates Core Training, but also spiritual peace, among the people who encompass her studio family. Our studio would not be the same without her.